Follow Homestyle, the kind Jesus likes to visit. on WordPress.com 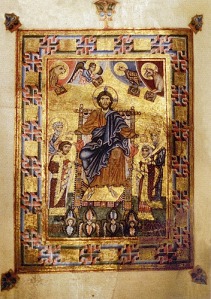 Gal 6:12 Those who want to impress people by means of the flesh are trying to compel you to be circumcised. The only reason they do this is to avoid being persecuted for the cross of Christ. 13 Not even those who are circumcised keep the law, yet they want you to be circumcised that they may boast about your circumcision in the flesh. 14 May I never boast except in the cross of our Lord Jesus Christ, through which the world has been crucified to me, and I to the world. 15 Neither circumcision nor uncircumcision means anything; what counts is the new creation. 16 Peace and mercy to all who follow this rule—to the Israel of God. 17 From now on, let no one cause me trouble, for I bear on my body the marks of Jesus. 18 The grace of our Lord Jesus Christ

Col 2:6 So then, just as you received Christ Jesus as Lord, continue to live your lives in him, 7 rooted and built up in him, strengthened in the faith as you were taught, and overflowing with thankfulness. 8 See to it that no one takes you captive through hollow and deceptive philosophy, which depends on human tradition and the elemental spiritual forces of this world rather than on Christ. 9 For in Christ all the fullness of the Deity lives in bodily form, 10 and in Christ you have been brought to fullness. He is the head over every power and authority. 11 In him you were also circumcised with a circumcision not performed by human hands. Your whole self ruled by the flesh was put off when you were circumcised byChrist, 12 having been buried with him in baptism, in which you were also raised with him through your faith in the working of God, who raised him from the dead. 13 When you were dead in your sins and in the uncircumcision of your flesh, God made you alive with Christ. He forgave us all our sins, 14 having canceled the charge of our legal indebtedness, which stood against us and condemned us; he has taken it away, nailing it to the cross. 15 And having disarmed the powers and authorities, he made a public spectacle of them, triumphing over them by the cross.

If one reads the two letters and has prayerful focus on where Paul shows disdain and worthless value for the works of the Law, Jewish customs and even Abraham’s covenant! One comes away with these questions.

To reach back and pull a practice up tells Jesus that the new covenant is not enough. If an angel told your prophet or the Holy Spirit spoke to you? Did what you heard or saw contradict the “Royal Law”, “The Law of Liberty”, the Elders you have a relationship with, the clear words of God in the new agreement?

Why are traditions of men developed into a rule of faith or practice? Who does it serve? Power? Control? Money? Is the thing/practice/rule an added expedient? Does it obey Christ in all things? Does it continue the mission?

Or does it divide and separate the very Church Jesus died for?

Does the practice or teaching focus the “Followers” to practice pure Religious Worship that Jesus’ brother reminds us that the balance of faith and works is based on Love for one another?

In the first and only recorded Holy Spirit, Apostle and Elder decision in the book of Acts of the Apostles is the divorce letter to the Hebrew Nation of Israel on the rules and rituals, laws of a moral nature and Moses to the hard-headed Jews of that day. As James, the brother of the Lord says” The Law of Liberty”   is the Law of Love

If we keep the “Royal Law” do we need more or any other? To do so seems to me to be telling Jesus we don’t need Him or His Grace. If I must show up on a special “holy” time to meet God, cough up some cash, sign the guest list or be a member and watch the show. If I must keep a sabbath, tithe or some rule/ritual then I am a lawbreaker of the worst sort because I can’t keep up the act without hypocrisy and deceit to my conscience.

Warrior, scholar, teacher, preacher, minister, foot washer, bilge coolie, slave of Jesus and "Huckleberry" to Jean. Wondering what did I ever do to deserve loving you two? View all posts by Sonny