The young lady and man in the painting from the wall of a house uncovered in Pompeii. We can speculate that this couple would have been familiar to Priscilla and Aquila in the first century. The woman’s stylus and tablet are symbols that displayed her confidence in education and status. They are the up and comers, the beautiful people of the city. Today would she fit in? Could you see them in a 40 under 40 spread in your cities magazine? What would you tell them about your God that would motivate them to reject their gods? What can your God do that theirs can not?

Who these young people? Let’s imagine they are your new acquaintances. The picture is from a mural in the 79AD destruction of Mt. Vesuvius of the Roman cites. The painting was obliviously commissioned by what would be considered wealthy owners to adorn the walls of their villa/bakery. Maybe they were the owners. Maybe they were young during that era of Roman Empire. Exciting times! Nero had been in power, Titus, Caligula, Domitian and many wars and rumors of war. We will assume your husband is wealthy and a player in fashion with his gold trim toga. He is holding a sealed document, He must be educated, important in his world. The Roman lady is standing in the fore of the painting, dressed in purple with much gold, a valuable to her husband, a woman of education and power, perhaps a royal dressed in purple? Women in the Roman World had much privilege and could do many things a Hebrew woman could not by law. Click on the image to learn the history from archaeology.

Your new acquaintances are owners of a bakery you frequent. They are Romans, the influence of Greek culture is the fashion of the day. Here are some of the assumptions one might assume They are Pagans believing in many gods, much as the people of Mars Hill in Athens or liberals today. Like the pagans around them the free citizens of Rome enjoyed a somewhat upper middle to rich classes. Slaves were a very high percentage of the population, most were bond slaves dues to poverty as war slaves were used in the mines and criminals in the galleys of the Navy. Spartacus is a true story! Crucifixion was a common punishment for slaves. As Rome conquered the known world they absorbed all pagan religions as useful tools of the state. Later Rome would develop a city/state organization to rule all the gods, with one man via other men ruling all men so they can control kingdoms, empires. Every religion was adapted to fit the life style of the Roman, to meet the needs of the state/empire. If you did not follow the rules of worship of the emperor or what ever the favored god/temple was in that city, you were subject to shunning, fines, slavery, death. You could not buy or sell without the approval/seal of Rome. The pagan priest were officers of the state, by 450 ad this system of state run “Visible Church” “AKA vChurch” was the official state church, with none other allowed until rulers got powerful enough to split off their own brands . These gods are no different than the pagan gods of the nations around God’s people all the time on earth via the power of the eater of dust. As we are dust in our flesh, that benefits us nothing when we try and save, preserve or embellish it. We are as these young people enjoying the smell of their bakery and the beautiful day. As pagans they will have vague beliefs depending on what is the latest pop religion or which temple has the best festivals/services/parties. The philosophers that influenced their daily lives as Greek/ Roman pagans are still being taught in our colleges as words to live by.

What do you say to the couple? That stylus and sealed document would say educated literate able to reason. What do they need from you if you walked into their bakery in the year 78 ad?

Imagine that two married followers of Jesus, from Rome meet this couple what would they say to the couple? Would Priska speak to them the same message they gave Apollos? The humble fellow workers of Paul, they worked with their hands, are mentioned in Acts 18 read about them here https://www.biblestudytools.com/nas/acts/18.html

The churches of Asia greet you. Aquila and Prisca greet you heartily in the Lord, with the church that is in their house. (click on the words to find the Greek or more info)

What would the VChurch at Corinth look like? Corinth was a Roman Colony made up of retired soldiers and citizens of Greek and Roman cultures. What did they talk about in that first century? 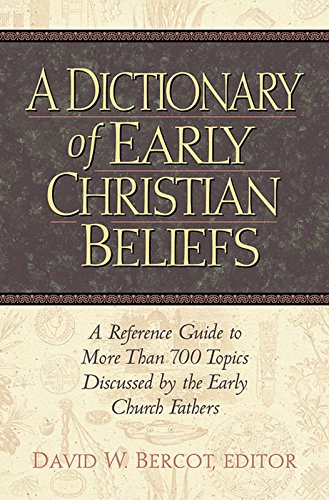 What would give the pagans a reason to give up their pagan beliefs, renounce all, family, titles, names, their very life could forfeit for the simple gospel that God loves all His children? The volcano is rumbling, the couple sez “It always does that” “We will go to the temple to appease the gods” What can you tell them? Do young people today believe that the earth mother/nature controls the weather? Does Luck, chance, fate or do the laws God placed in the physical world for our health and comfort rule your walk/life?

The simple Gospel of 1 Corinthians 15 message involves no rules, rituals or need for special places, reverends, clergy, or temples, Read the words in any translation or the Greek the message is simple. God loves you so much He has bought you with a price beyond any thing physical or on this earth.

It is very hard to sell Buicks while riding a bicycle.

The temple is gone and Jews are being expelled from Rome. What can you say to the baker and his wife? The Gospel is finished, no additional work or added sauce to make it better. Jesus finished God’s plan on the Cross. You might do more but who are you trying to please God or man?

If we can know what the history of a movement was we can see what they did, what they said and what happened. What was the first 125 yrs of the Church like? These are some of the writers that have presented some interesting facts. I would not agree with everything they propose but it is very interesting when you can verify when the first discussion of something like infant original sin is discussed, before St Augustine and Zwingli messed it up for children. Jesus sez they are innocent and we should be like them in faith and trusting Him.

What is the balance between the “Faith” and the “Baptism” of Eph 4:1-5, A study of Grace, an understanding of the Temple, Hint John measures the “Temple” in Revelations. That is the invisible Ekklesia . When we understand the Gospel message was final, “Once and for all delivered to the saints” We have no latter day message that contradicts or changes, alters the Gospel. Even angels can’t change it as they have tried. Men twist the message because it is too simple for controlling, anyone can be a temple of the Holy Spirit, The vessel has to be spotless and only one cleanser will work for my filthy rags. When my conscience is dirty, I want it scrubbed by God. Like these poor Romans, we will stand before God, we will see Him High and lifted up our knee will bow and our heart will be laid bare before our creator. Did we believe as Abram did? Hebrews reads; By faith Abraham, when he was called, obeyed by going out to a place which he was to receive for an inheritance; and he went out, not knowing where he was going. https://www.biblestudytools.com/nas/hebrews/11.html

So then, my beloved, just as you have always obeyed, not as in my presence only, but now much more in my absence, work out your salvation with fear and trembling; for it is God who is at work in you, both to will and to work for His good pleasure.  Phil 2

Would you tell them the Truth of the Way and the Life?

One of the first places we served in the early 70s , Jesus place is special to us. If you consider a donation we know that the followers at Jesus Place will use your gifts to the best use for the homeless and families they serve. http://jesusplace.info/current-needs/